Fire equipment of the industrial era

Under the arches of the galleries of the courtyard of the Firefighting museum in Zaragoza, there are fire-extinguishing devices of the late 19th and early 20th century. The era of industrialization was reflected in the equipment for fighting fire, and although it was based on the same Heron pump, the devices for extinguishing fire became more complex and effective. 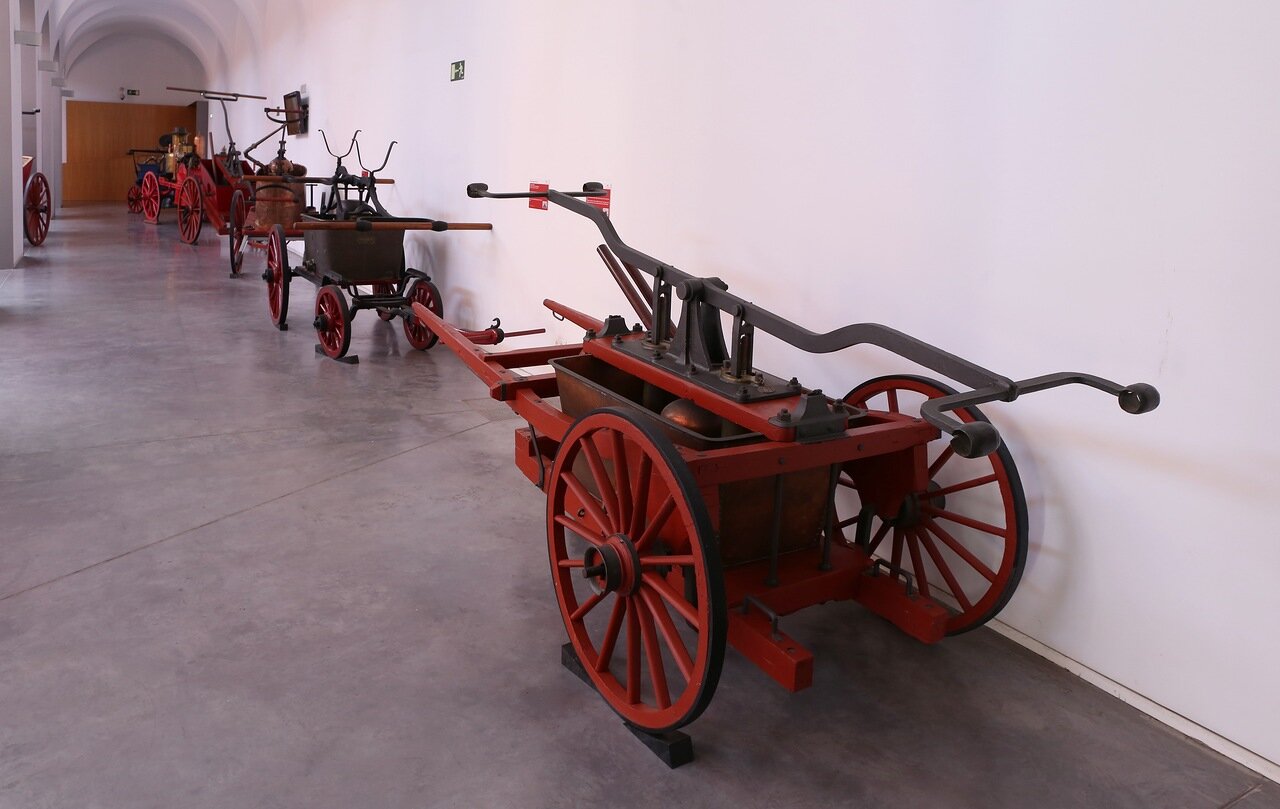 A light mobile pump equipped with a hose is a prototype of modern carriage barrels. For hard-to-reach places, water could be supplied to the canvas hose that is included with the pump. The pump was driven by two people, with a capacity of up to 50 liters per minute. 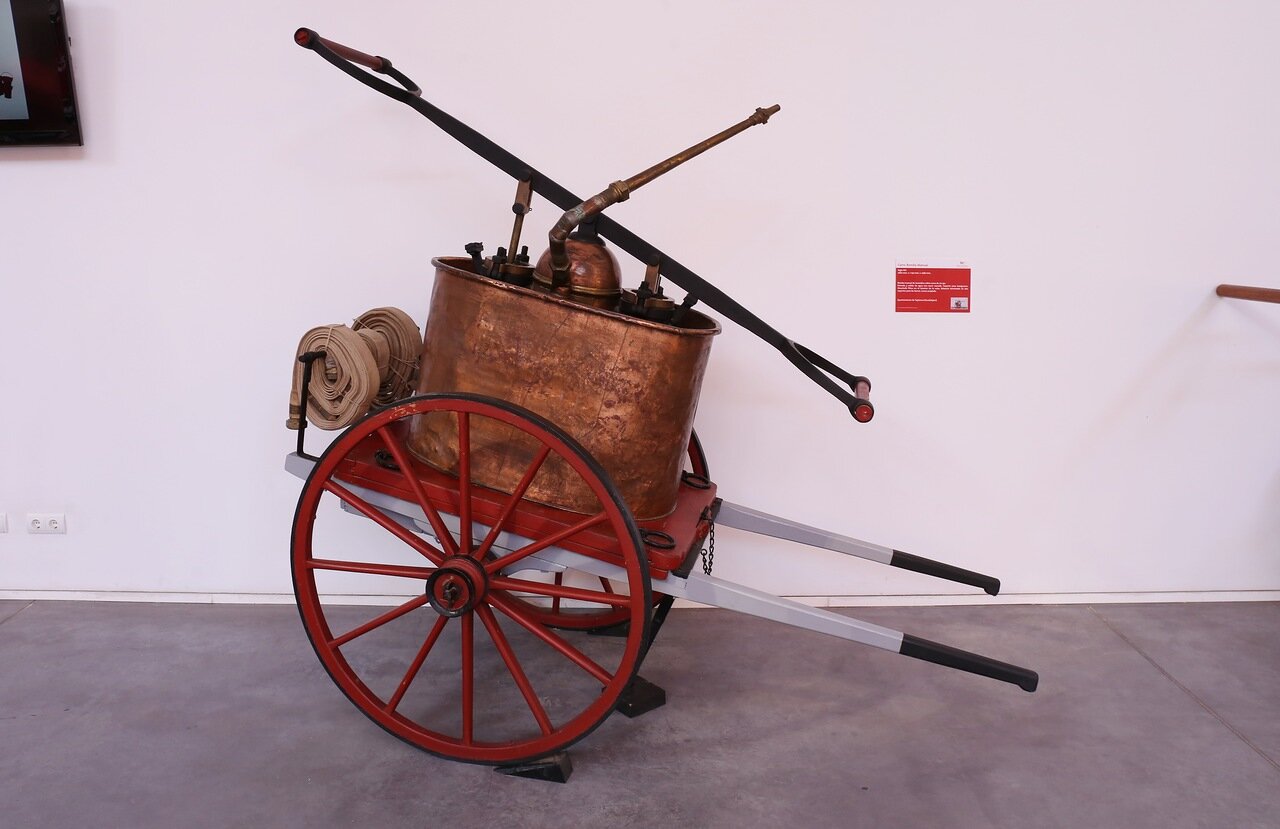 Such pumps were placed next to the reservoir when extinguishing and the water was filled in with buckets. 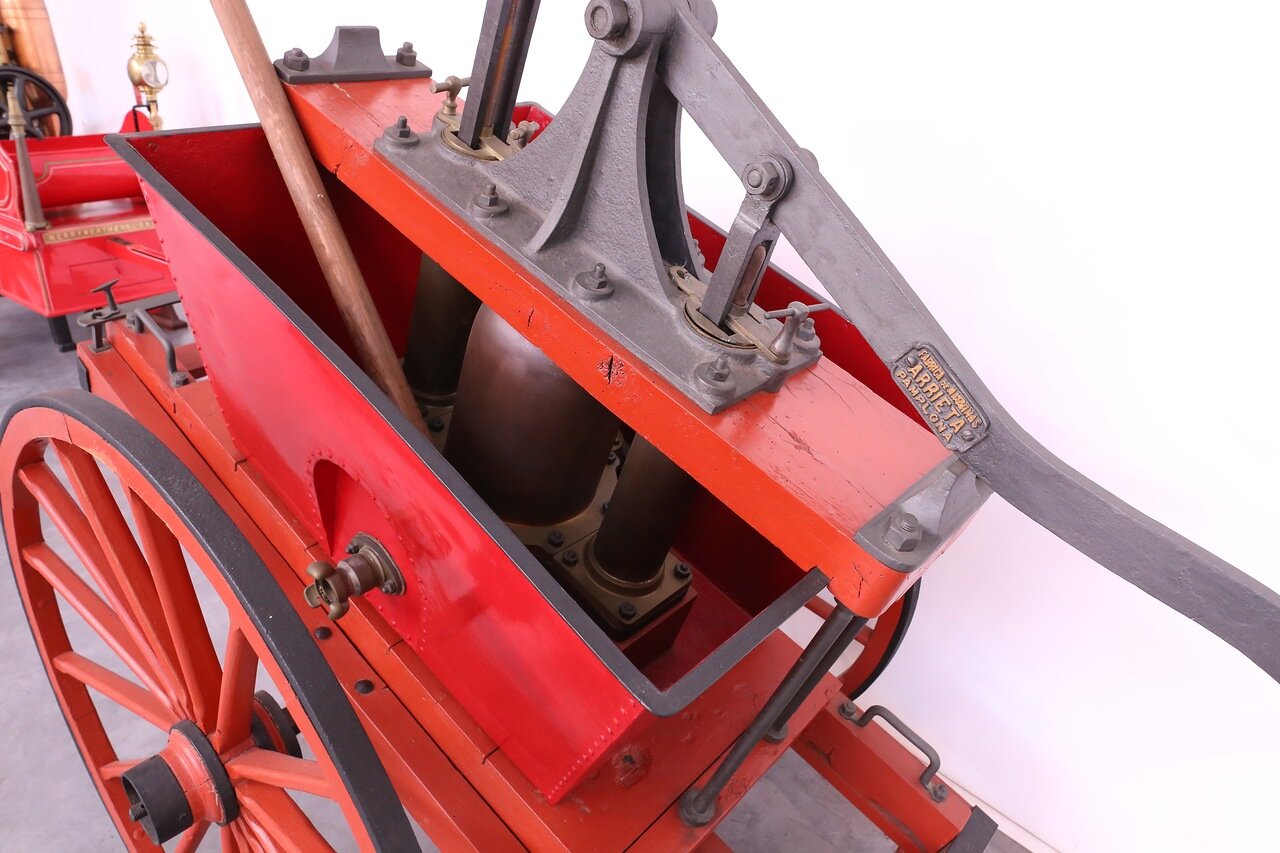 Water was poured into the tank through wicker grates to avoid clogging. The rocker was rocked by four people, feeding up to 160 liters of water per minute. 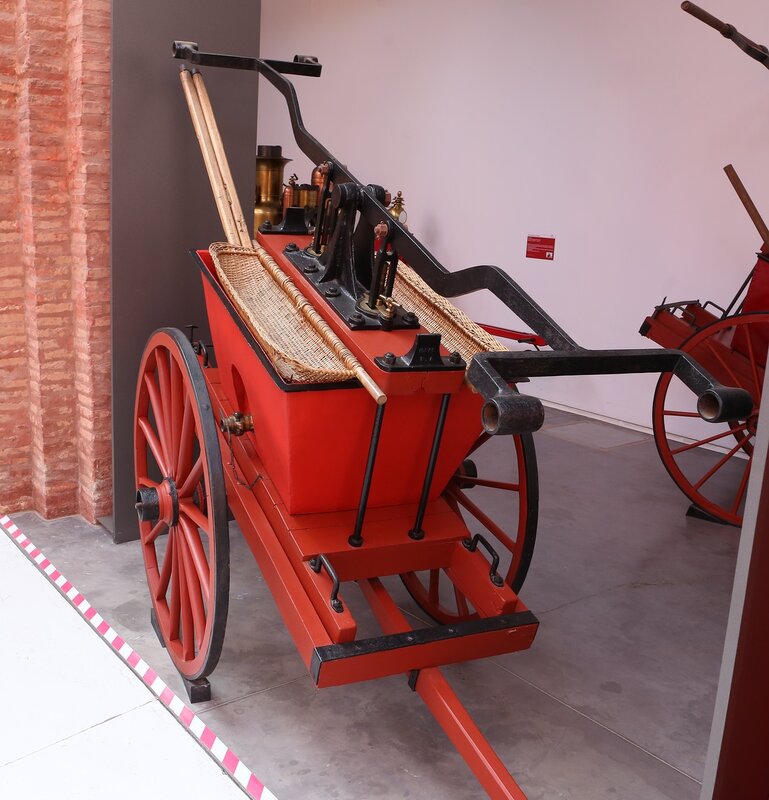 A large horse-drawn pump manufactured in 1835 by Arrieta company in Pamplona. 8 people provided a capacity of up to 250 liters of water per minute. 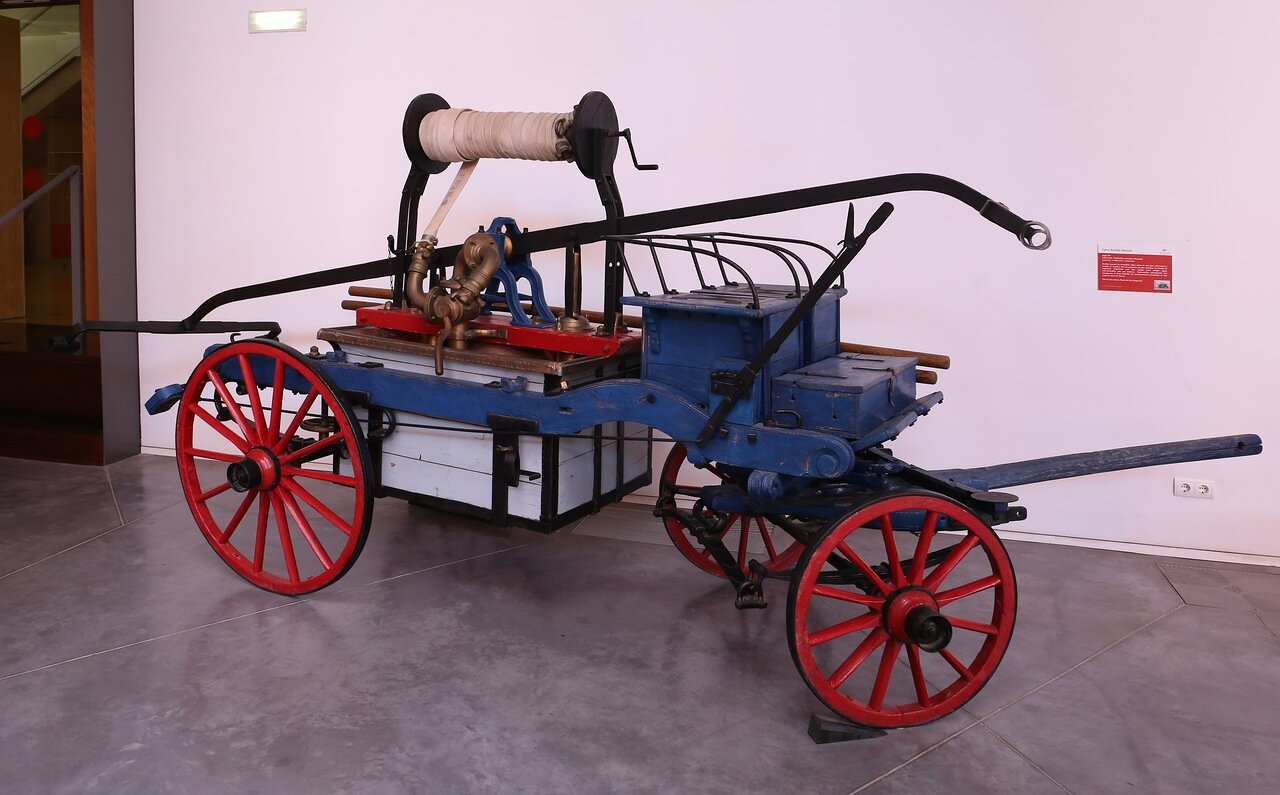 This pump is equipped with a distribution device that allows you to connect two hoses and a large drum for these same hoses. 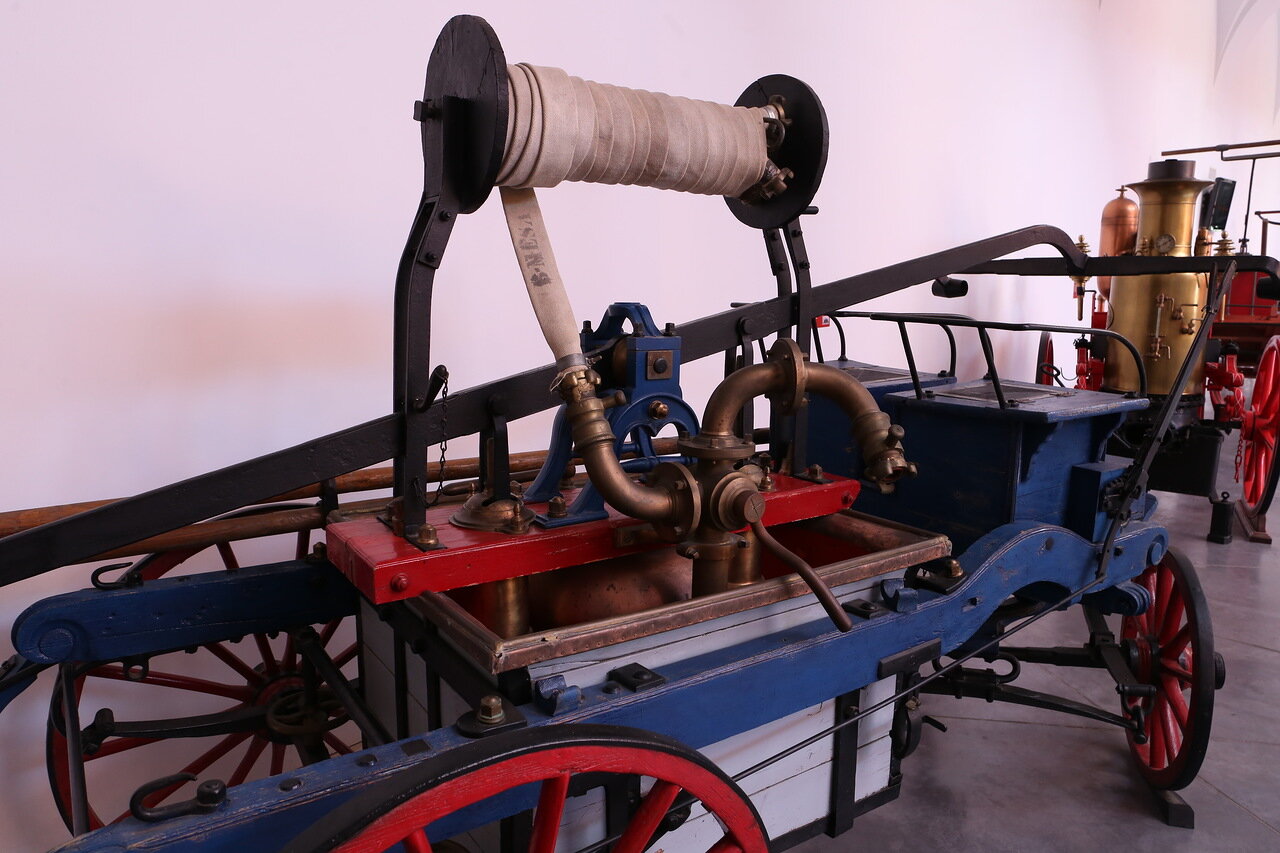 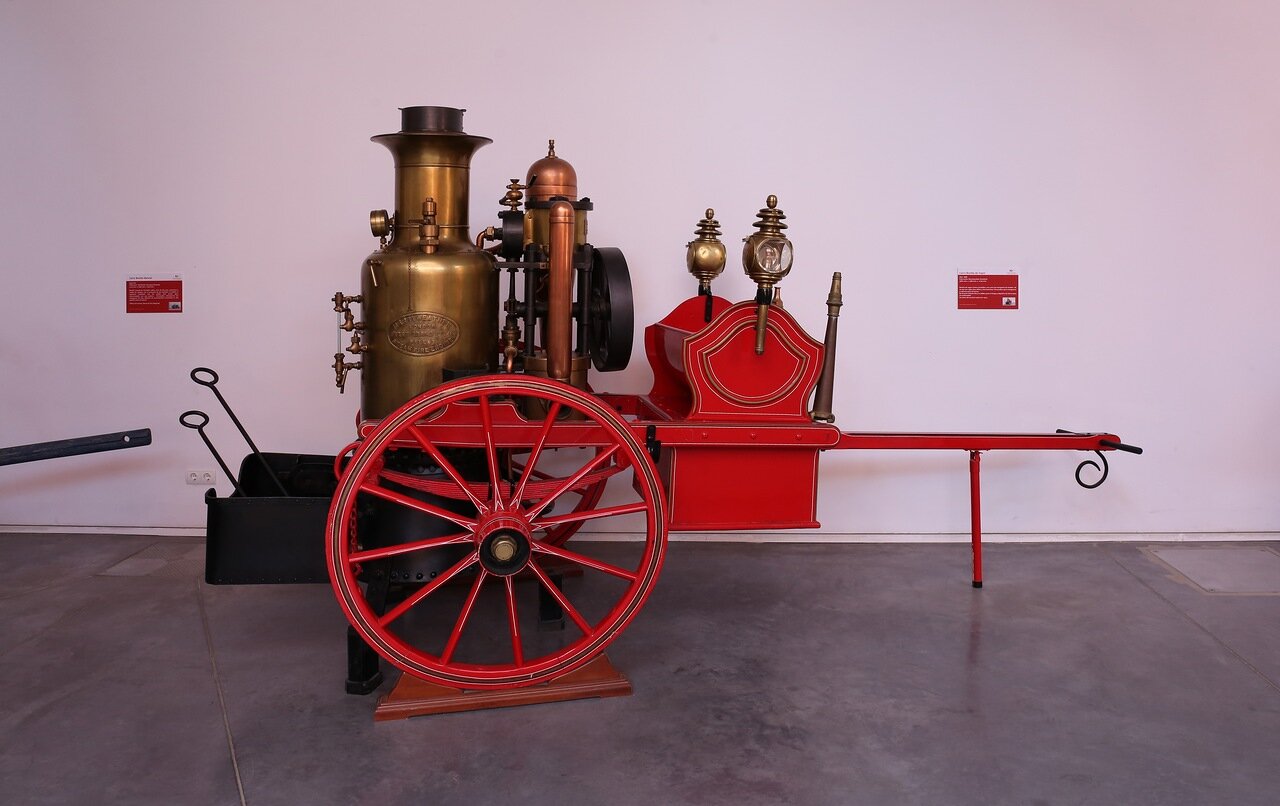 When a call was received, the firebox of the steam boiler was ignited in the fire station , and by the time the pump arrived at the scene of the fire, it was ready for operation. This steam pump was manufactured in 1888 by the London firm of Merryweather and served until 1912. 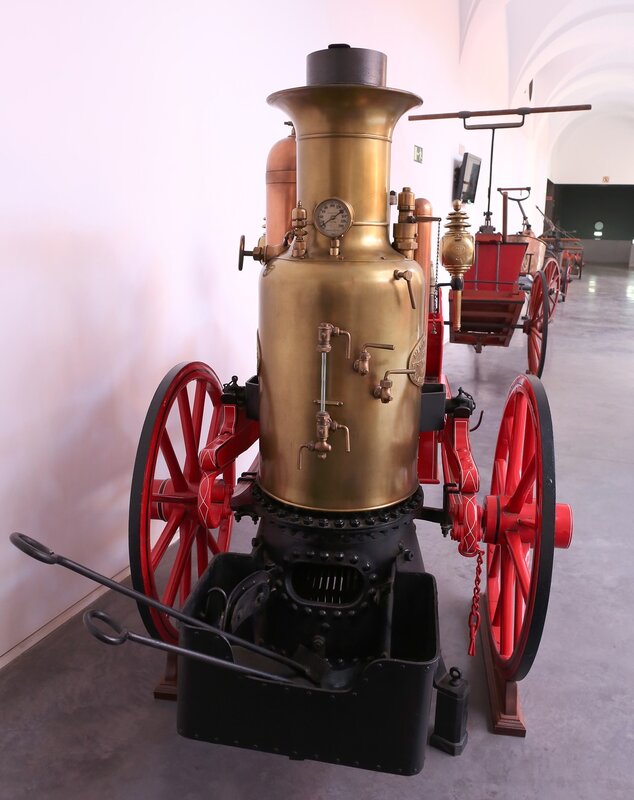 Sliding mobile staircase of the late 19th century . Thanks to the supports the structure was very stable and allowed firefighters to reach 3-4 floors. 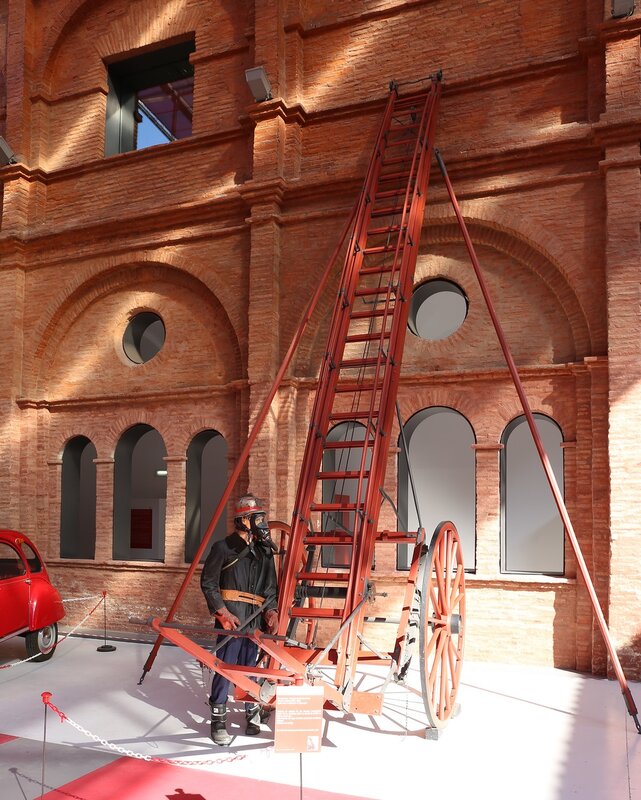 Bicycles have long been one of the means of transportation for firefighters. As you can see in the photo, this type of transport was relevant until the mid-twentieth century. 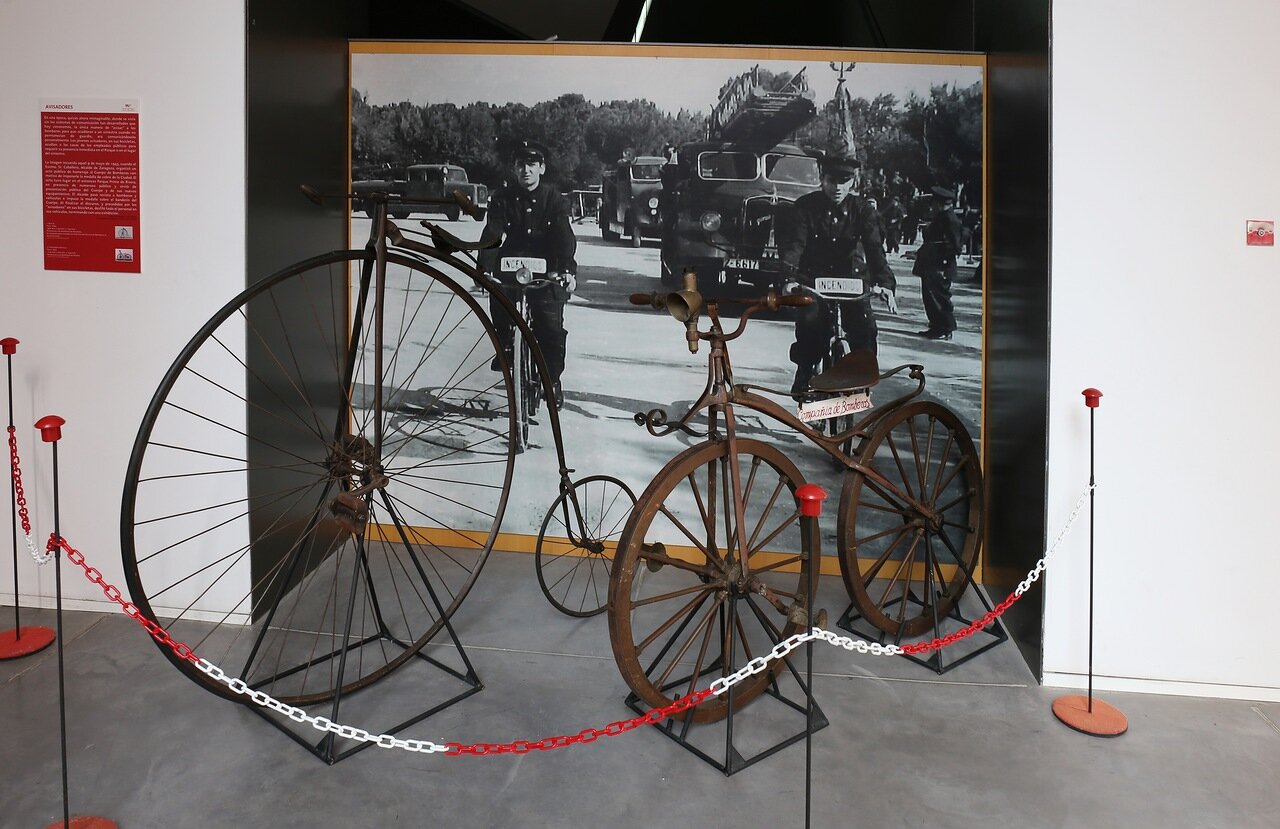 Bicycles were used not only for transportation - there were real four -wheeled" fire trucks " with pedal drive. This device had a large water tank, as well as two manual fire extinguishers. 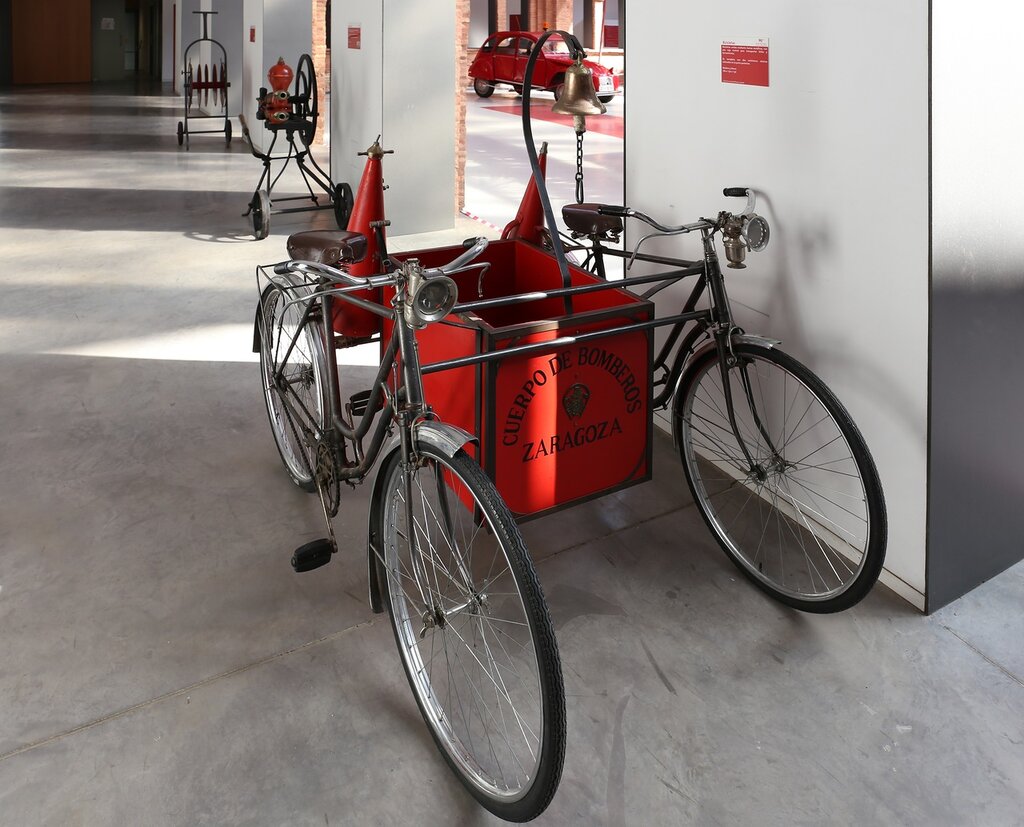 One of the first mobile foam extinguishing systems. 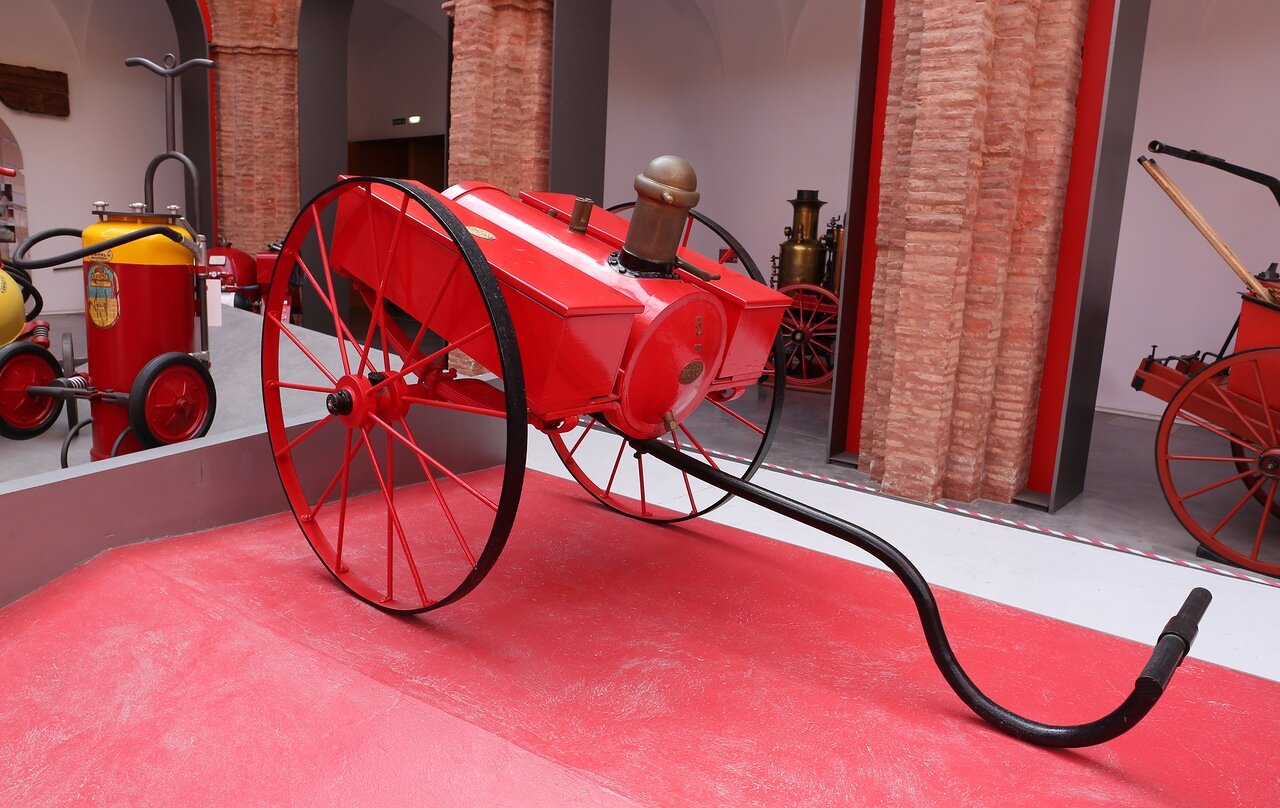